What are the Components of a Basic Security System

A basic security system consists of a control panel which functions as a central computer, receiving messages from a number of sensors that act as the ‘eyes and ears’ of the system.

Keypads located near common entry doors and in the bedroom area allow you to control the system. Any number of other products make up a system. 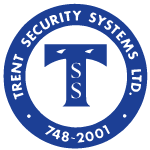